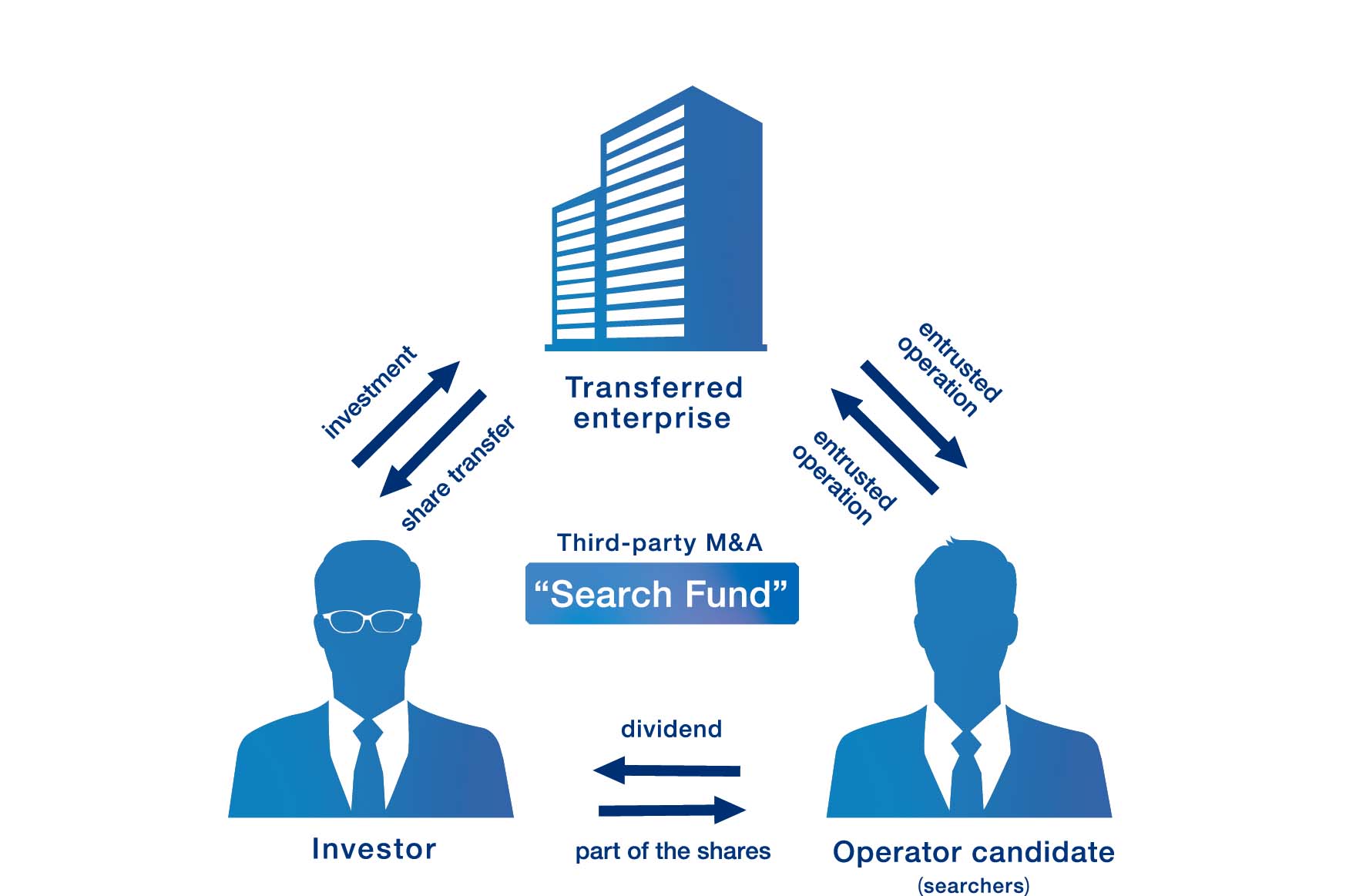 Search Fund means foreign and domestic MBA holders, individuals with president experience, and promising and outstanding talents (searchers who are eager to succeed in business) get assistance from the investors at home and abroad and find target companies where they can thrive as president after the seller completes fund settlement.

Search Fund has different characteristics from original M&A pattern (seller and buyer).To be specific, investors in Japan and abroad will pay search fee, acquisition charge, etc. to inspiring and ambitious searchers (those keen on taking over a business), which will select and take over the company in question after gaining capital support.
For this approach, a search will definitely become the operator of the acquired company.
Therefore, the seller considering business succession can gain a clear picture of the moral quality, competency, value and passion for the enterprise or cause from the beginning of acquisition negotiation.
For the operator and employees who remain, the company can be handed over to the appropriate successor.
In the end, the searcher who buys the business and selling operator who sells the business can realize business succession based on in-depth understanding.
Successors can be found among relatives or within the company, and subsequently, the business can be managed by those around.

Origin of Search Fund and concept of Growthix Capital

Origin of Search Fund and
concept of Growthix Capital

Search Fund is a concept raised by Professor H. Irving Grousbeck from the Graduate School of Management, Stanford University, USA in 1984. * It is also considered a fund for private equity.In Japan, people have held a long-term negative view on M&A.However, it has gained much attention because it is the sole way to solve the 2025 Problem (according to the Era of Profession Losing, about half of Japanese middle and small-sized enterprises will disappear) caused by extremely deficient successors.
Growthix Capital is not a selfish M&A agency who only cares about immediate interests. Instead, under the guidance of the business concept of “creation of future value”, we will be committed to fundamentally solving the problems regarding business succession and promoting Search Fund. 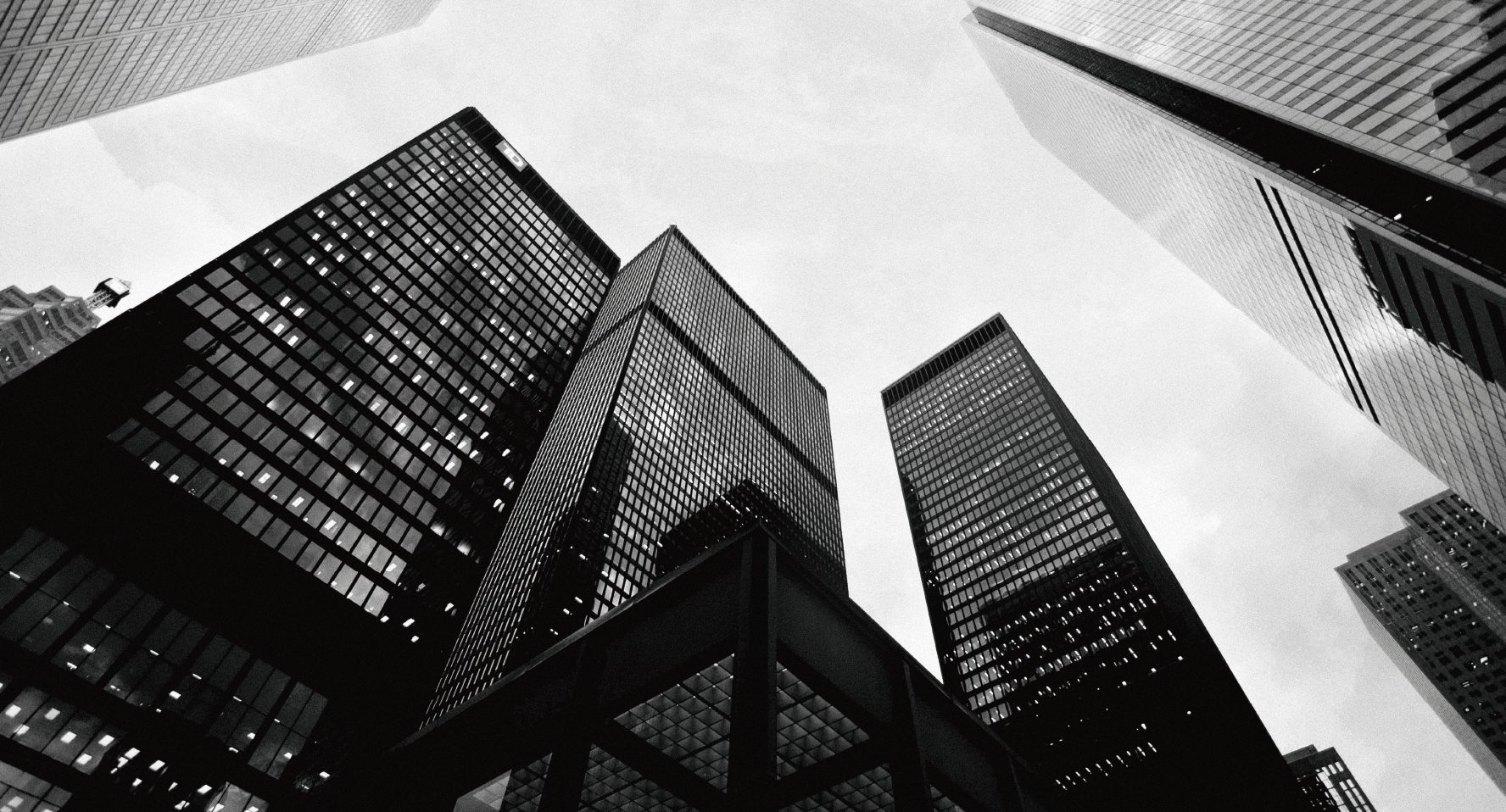 Cooperation between Growthix Capital and financial institutions such as local banks and various groups: Regarding our Search Fund, we are steadily on the way to create the value of Japanese future thanks to the guidance from a few financial institutions and groups.We are also strengthening the connections with the MBA holders from business schools at home and abroad.In addition, we have established trust relationships with investors and business companies in various regions in Japan and abroad. We have also constructed a system that can meet various needs including those across the border.

Growthix Capital attaches great importance to the new approach that can take place of the original ones sparking disputes and causing a spate of problems, realizing a series of business cooperation programs this time.Growthix Capital will continue to provide the most suitable solution for operators troubled by their successors.We aspire to become a company solving a variety of problems regarding business succession and allowing important companies and businesses to realize sustainable development.